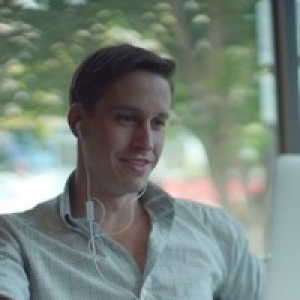 Red Bull is one of those things you probably have an opinion about, whether you drink it often or not.. If you do drink Red Bull, you either drink regular or sugar-free. There is no in-between, no flip-flopping between the two. You pick one side and you never waver.

And if you don’t actively drink Red Bull you probably have before. It’s given you that extra boost for your Stats exam or helped you through that third double shift in a row. You’ve probably seen that branded mini-cooper driving around and anyone who sees that car coming knows what’s on the horizon, free energy drinks.

Introduced in 1987, Red Bull, or Redbull GmbH is an extremely popular energy drink company originally based out of Thailand. Created as a supplement to help taxi drivers stay awake during long shifts, Red Bull has come to be one of, if not the most recognizable brand in the energy drink industry.

According to Forbes, Red Bull is worth $9.9 billion and sold over 8.6 billion cans in 2018, spanning over 171 countries. If those numbers aren’t enough, the company employs almost 13,000 people and is ranked one of the worlds top brands.

Red Bull has its hands in a few industries outside of its own, often sponsoring extreme sports events, individual athletes and even a few professional soccer teams, both overseas and in the United States.

Red Bull is a global brand whose name and logo carry weight, which can be a powerful tool in any advertising effort. To assist with this process, Red Bull uses brand ambassadors to be an extension of their branding and marketing campaigns. These are socially active and energetic (often) college students looking for professional exposure and a source of income.

So now that we have a clearer idea of who exactly Red Bull is, what is their ambassador program made of?

Because that demographic doesn’t respond well to traditional marketing, Red Bull takes a much more hands-on approach through event marketing, product demonstration, distribution, and social media promotion. Even when they do pay for traditional ads, they’re either on moving cars, at BMX events, on the front of soccer jerseys or sponsorship at social events.

While there are global brands such as Coca-Cola that also use ambassador programs, Red Bull’s is the most well recognized due to its “Wings Team”, which can be found across college campuses handing out cans and other merchandise from their infamous branded mini coopers.

Yup, those are the branded cars. In case you weren’t able to picture it earlier, now you know what we’re talking about, something like a modern-day Oscar Meyer Weiner vehicle.

Like any other ambassador program, Red Bull brand ambassadors not only serve as a representation of the company but as an extended arm of their marketing team.

They are at the forefront of the event marketing strategy, both in college environments or other social events within the demographic. They are used to drive sales, increase branding, and distribute the Red Bull product, both in person and on social media.

A brand ambassador can have a multitude of responsibilities throughout their time working with Red Bull, but there are a few roles that are common for the duration. No matter the task they are working on, a passion for the brand and commitment to the mission of the company is necessary.

Ambassadors will be active with Red Bull social media content, creating and distributing it to leverage their followers. This means not only posting, but also using correct hashtags to fit their social marketing goals.

An ambassador will work branding events, having a presence at social or sporting situations to discuss and promote the product to the target demographic, which often means handing out drinks and other merchandise.

The graphic below gives a good outline of what the major points for the responsibilities of the ambassadors would be.

There are plenty of ambassador and affiliate programs that compensate with perks, but Red Bull does indeed pay its ambassadors an hourly rate. According to Glassdoor, that can range from $18-$21 per hour.

Considering the professional exposure, team environment, and ability to work outside the confines of an office, it’s an effective source of income for any student or young adult.

What can other programs learn from Red Bull?

In comparison to other brand ambassador programs, they are one of the most effective at directly attacking their demographic. Aside from multivitamins, energy drinks are the most popular dietary supplement consumed by American young adults and teens and men between the ages of 18 and 34 years are consuming the most within that group.

They hire those candidates with energy and passion and are constantly putting those people in the position to succeed. They pick the proper age groups to market to their peers and classmates and advertise in places where it’s seen by their demographics.

Red Bull not only uses its brand ambassador program to drive sales but also to complement it’s marketing and branding efforts as a whole, something that’s worth noting for the success of any program.

What can you learn from the Red bull ambassador program?

While there doesn’t seem to be an age limit, Red Bull is generally looking for college students or young professionals. They are looking for highly energetic social media users, people willing to talk to anyone and post what they need to do to drive sales. Above all, they want representations of their brand, young people with energetic and entrepreneurial minds.

If you’re a college student or young adult and are interested in becoming a Red Bull ambassador, find out more information and apply here.

Growing an Ambassador Program with Micro-Influencers

10 Ways To Get More Referrals From Your Clients

Referrals from clients are a great strategy to drive growth. Hearing good things regarding a product or service has a remarkable effect on their decision.

Join some of the fastest growing brands