The Evolution of Ambassador Marketing 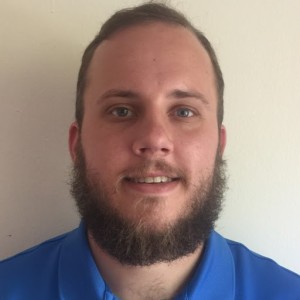 The people that make the best brand ambassadors could surprise you. In today’s marketplace, many brands still consider celebrities and macro influencers to be the best representatives. However, it’s the micro influencers, brand advocates, and employees that companies should recruit first.

These people make the best ambassadors due to their smaller audiences that are more engaged with what they post on social media. For example, on Instagram, influencers with 1k+ followers capture a 4.5% engagement rate compared to the .07% engagement rate of influencers with 100k+ followers. With more engagement, any brand can be sure that their ambassador’s content is at least being liked, shared and commented on.

Micro influencers, brand advocates, and employees are also cost effective in comparison to celebrities. According to a report from the Economist, a celebrity with over 7 million followers charges $150k+ for just one post. With rewards like product discounts, free merchandise, and gift cards any brand can effectively incentivize their passionate communities to contribute for a smaller fee.

Nevertheless, at the end of the day, celebrities no longer hold all the influencing power in the marketplace. According to a Collective Bias survey, only 3% of consumers would actually consider purchasing a product in-store if it was endorsed by a celebrity. So, forget about wasting your marketing budget on celebrities and macro influencers, it’s the rest of the crowd that you want to be recruiting.

Convinced yet? Keep on reading to discover more insights and stats on why micro influencers, brand advocates, and employees make the best brand ambassadors.

Micro influencers usually have 30,000 or fewer social media followers. They focus on particular topics or product categories and are constantly looked upon for recommendations, reviews, and referrals. Micro influencers can be found in every industry and have many connections that share the same interests.

Unlike celebrities and macro influencers, micro influencers have an audience that is more concentrated with friends, family members, and a specific demographic. With several micro influencers in an ambassador program, a brand can achieve the same reach as a celebrity, a higher level of engagement from advertisements, and at a lower overall cost.

Here are 3 more stats highlighting the power of micro influencers:

Brand Advocates can be existing customers, fans, and anyone that is passionate about a brand. They are 50% more likely to influence a purchase and are 3x more likely to share a brand’s info to relax. With their passion for the brand, an advocate takes pride in sharing their stories and offering their opinion to others.

When advocates become ambassadors for their favorite brands, loyalty also increases. A brand increases loyalty by including them in the brand’s journey and reaching out to them for their opinions and feedback. As advocates interact with the brand over time, a connection is formed which results in a higher level of trust, respect, and sense of belonging.

Instead of paying an influencer or celebrity for a one time post, brands should alternatively look to increase the customer lifetime value of their advocates. This can be done by offering them rewards and incentives for the authentic promotions they are already making. By giving an advocate a personalized discount code, an increase in purchases can also be influenced.

3 more stats to be aware of when considering brand advocates as ambassadors include:

Employees make great brand ambassadors. They share a deep knowledge for the background of the company and a connection to the brand’s journey. Their trustworthy recommendations also resonate well with their audiences because they know where the employee works.

Employees can also be empowered as leaders of the ambassador program when it starts and scales. In the beginning, employees can help set the goals for the program and provide feedback on what they hope to achieve as an ambassador. When the program scales, brands can then look to employees to help guide and coach the new ambassadors that join.

Engaging employees is also important for the brand. Studies have found that highly engaged employees are 87% less likely to leave their brand than their disengaged counterparts. With employees in an ambassador program, brands are able to establish a connection between themselves and their employees resulting in an increase in brand loyalty and a decrease in hiring costs.

Check out 3 more stats that back up the importance of employee ambassadors.

Remember micro influencers, advocates, and employees. These people are more effective at marketing your brand than an influencer or celebrity. They share a genuine connection with their audience and achieve higher levels of engagement. By building an army of ambassadors with micro influencers, advocates, and employees, any brand can successfully reach the same amount of people like a celebrity but at a fraction of the cost.

Do you have anybody in mind that would make a great ambassador for your brand? Check out how you can use BrandChamp’s ambassador platform to help you onboard, incentivize and engage customers, fans and micro-influencers

7 Ways to Find Great Micro-Influencers For Your Brand

How E-Commerce Brands Use Micro-Influencers to Drive Growth

Red Bull is one of those things you probably have an opinion about, whether you drink it often or not.. If you do drink Red

Join some of the fastest growing brands